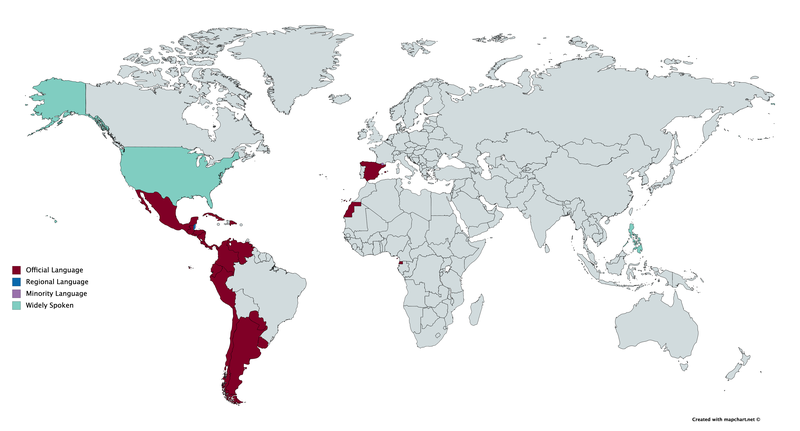 The Spanish language extended its reach quickly around the world as conquests were made to discover new lands. Commonly found in South America, Central America and the Caribbean, it is today spoken by millions of people in many different countries.

The majority of Spanish speakers in the world are in Mexico. Across the border in the United States, where English is the official language, 41 million people speak Spanish as their first language. Nearly 12 million Americans are bilingual, as well, and studies predict that the U.S. will topple Mexico as the largest Spanish-speaking county by 2050.